The government is launching a new campaign to try to convince the UK’s smokers that vaping is not as harmful as smoking and a good way to quit, in a bid to counter the scepticism generated by some scientific studies and media headlines.

Public Health England (PHE), which maintains that vaping is 95% less harmful than tobacco, is releasing a short video of an experiment which reveals the amount of sticky black tar that accumulates in the lungs of a heavy smoker, collected in a bell jar. By contrast, the same nicotine intake through vaping releases only a trace of residue.

“It would be tragic if thousands of smokers who could quit with the help of an e-cigarette are being put off due to false fears about safety,” said Prof John Newton, director of health improvement at PHE.

“We need to reassure smokers that switching to an e-cigarette would be much less harmful than smoking. This demonstration highlights the devastating harms caused by every cigarette”

PHE says the risks from vaping are tiny compared to smoking.

Martin Dockrell, head of the tobacco control programme at PHE, said all the scientists in the field had ambitions to improve health. “We like to think of our scientists as being detached about these things, but in fact the scientists involved in this area on both sides are deeply passionate about it,” he said.

Studies about the risks of chemicals in e-cigarettes run prominently in the media. Some were misleading and others were contradictory, said Dockrell. “People don’t know who to believe and they believe the thing that suits them best,” he said. A smoker who finds it hard to quit may not want to believe that e-cigarettes are far less harmful.

One of the stories that does the rounds is that vaping causes “popcorn lung” – a condition that makes people cough and struggle for breath which can be caused by a chemical used to flavour popcorn that is also found in e-cigarettes. But the chemical, diacetyl, is also found in ordinary cigarettes at levels 100 times higher.

{There has never been a case from E-Cigarettes or Smoking cigarettes!} – inputted by TJ’s E-Cigarettes 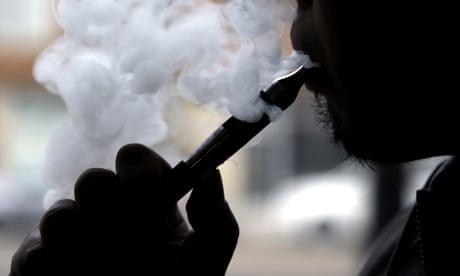 Be the first to know

You must be 18 years of age or older to view page. Please verify your age to enter.

I am 18 or Older I am Under 18
Start typing to see products you are looking for.
Your Cart
0